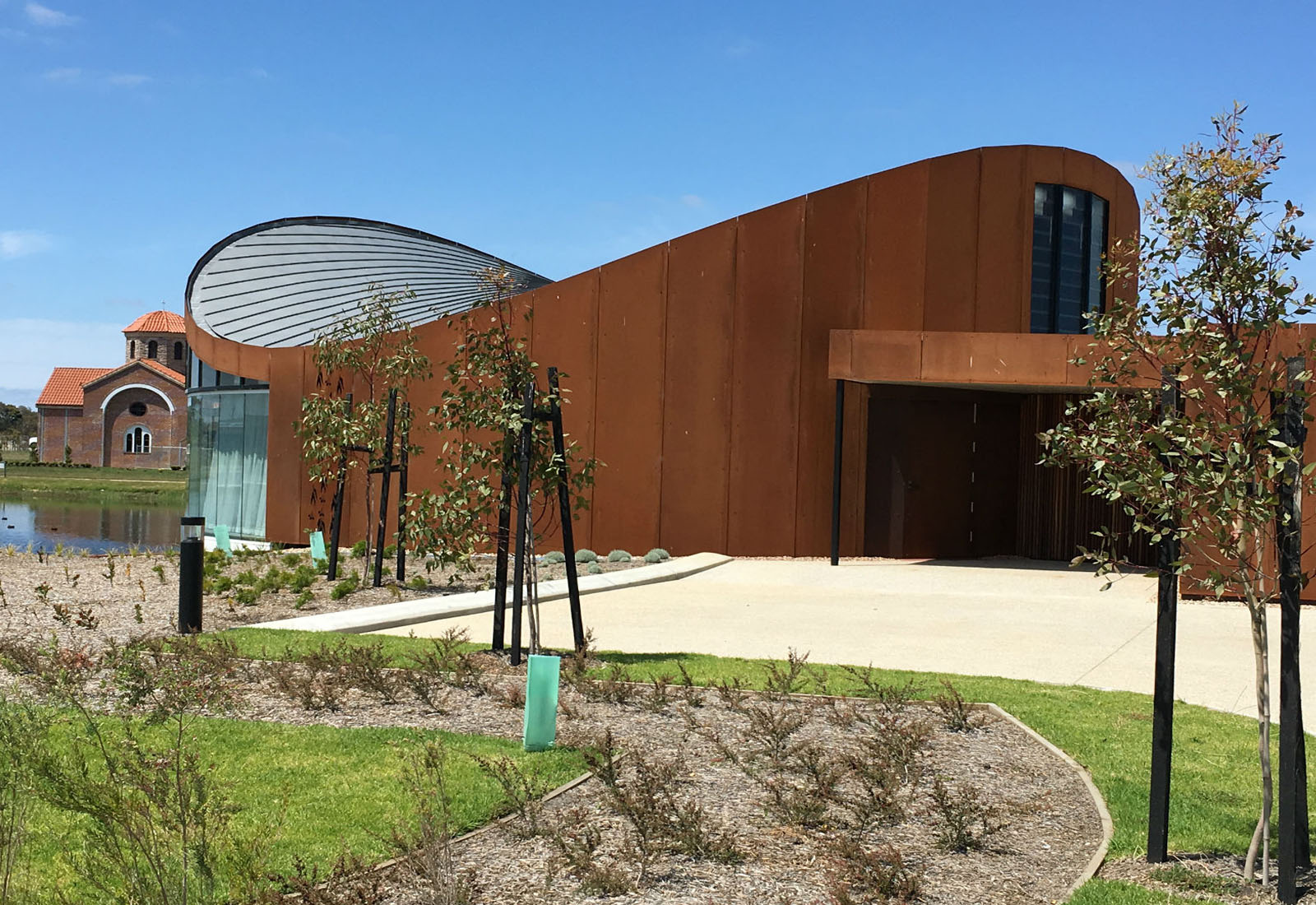 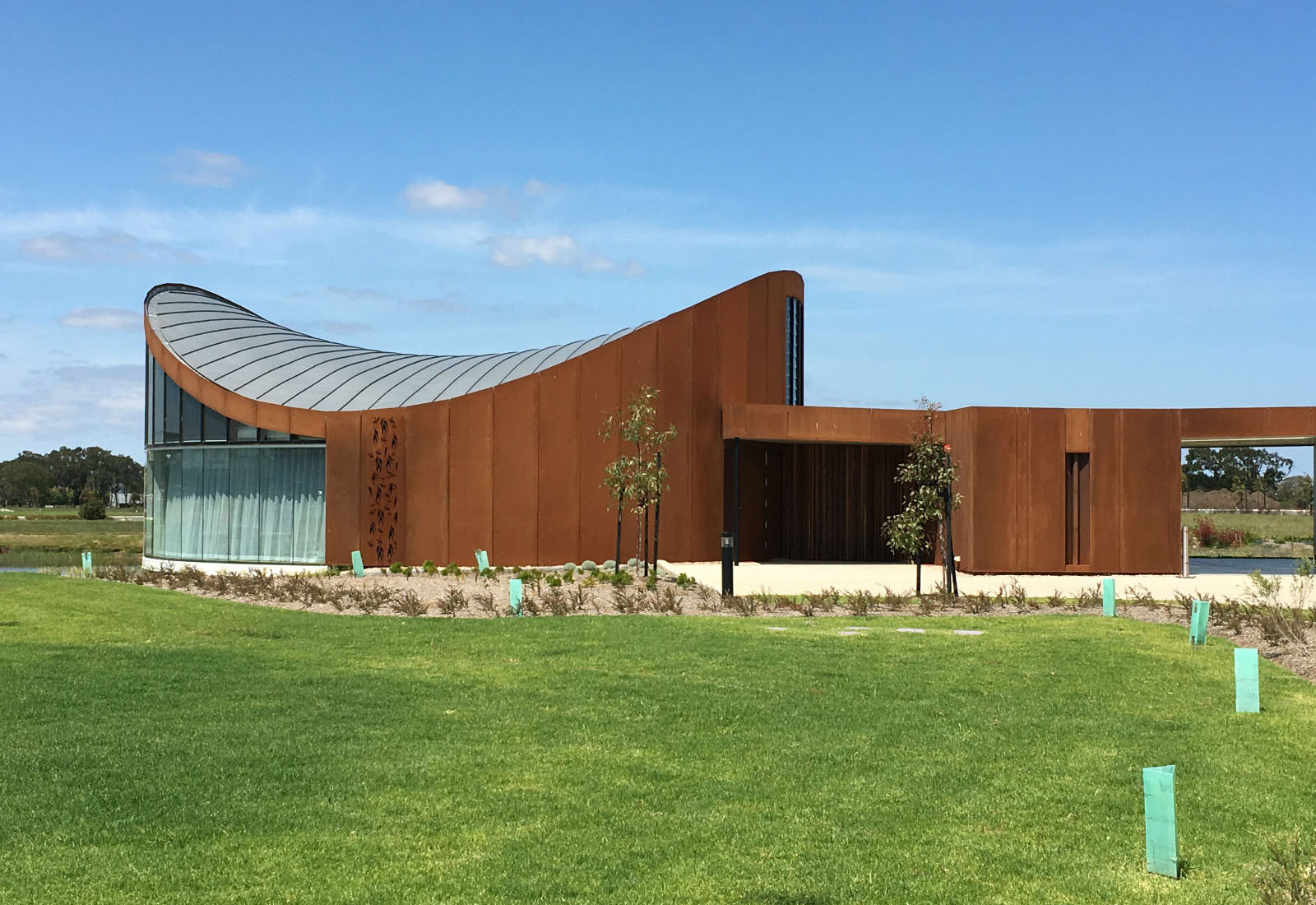 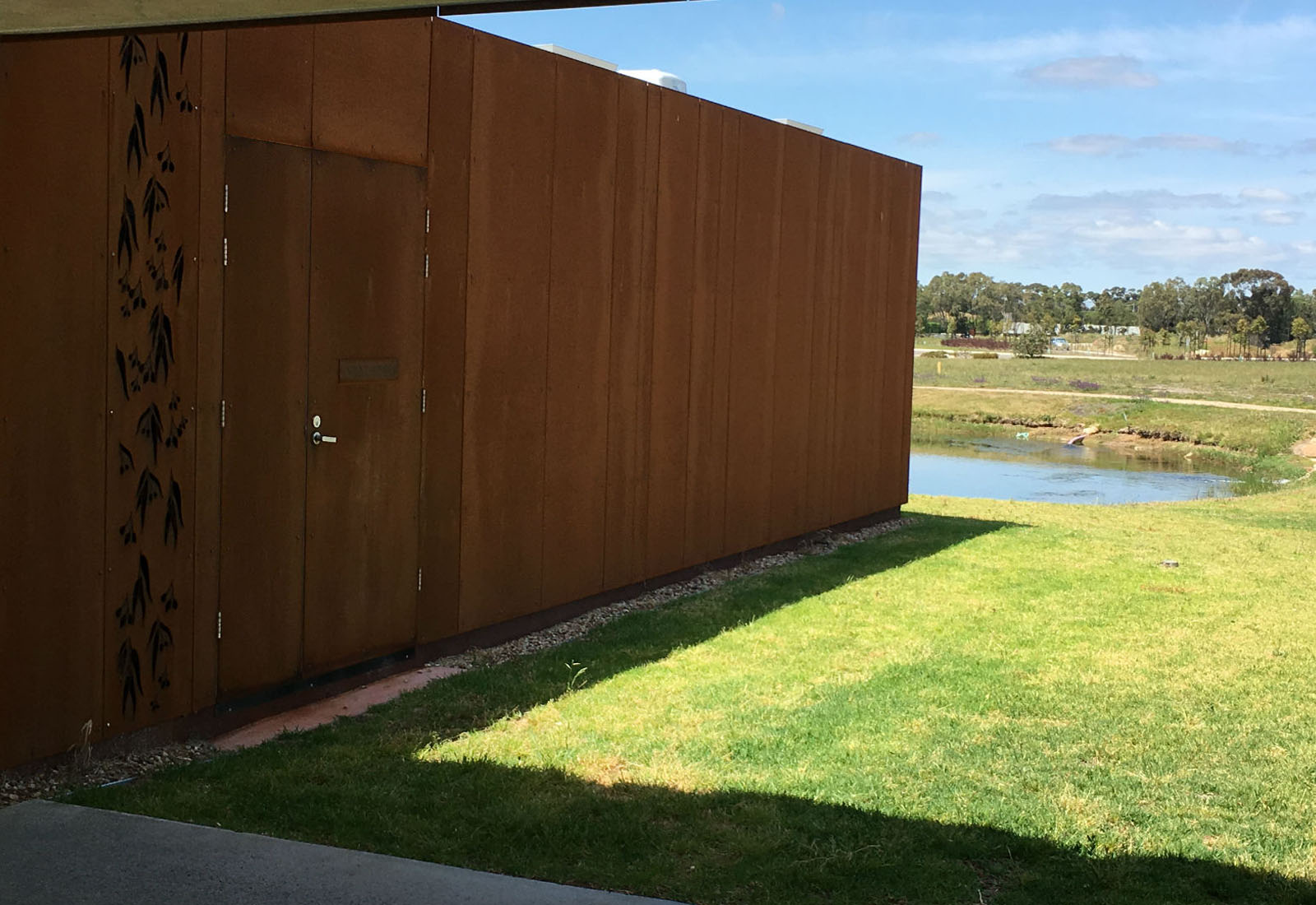 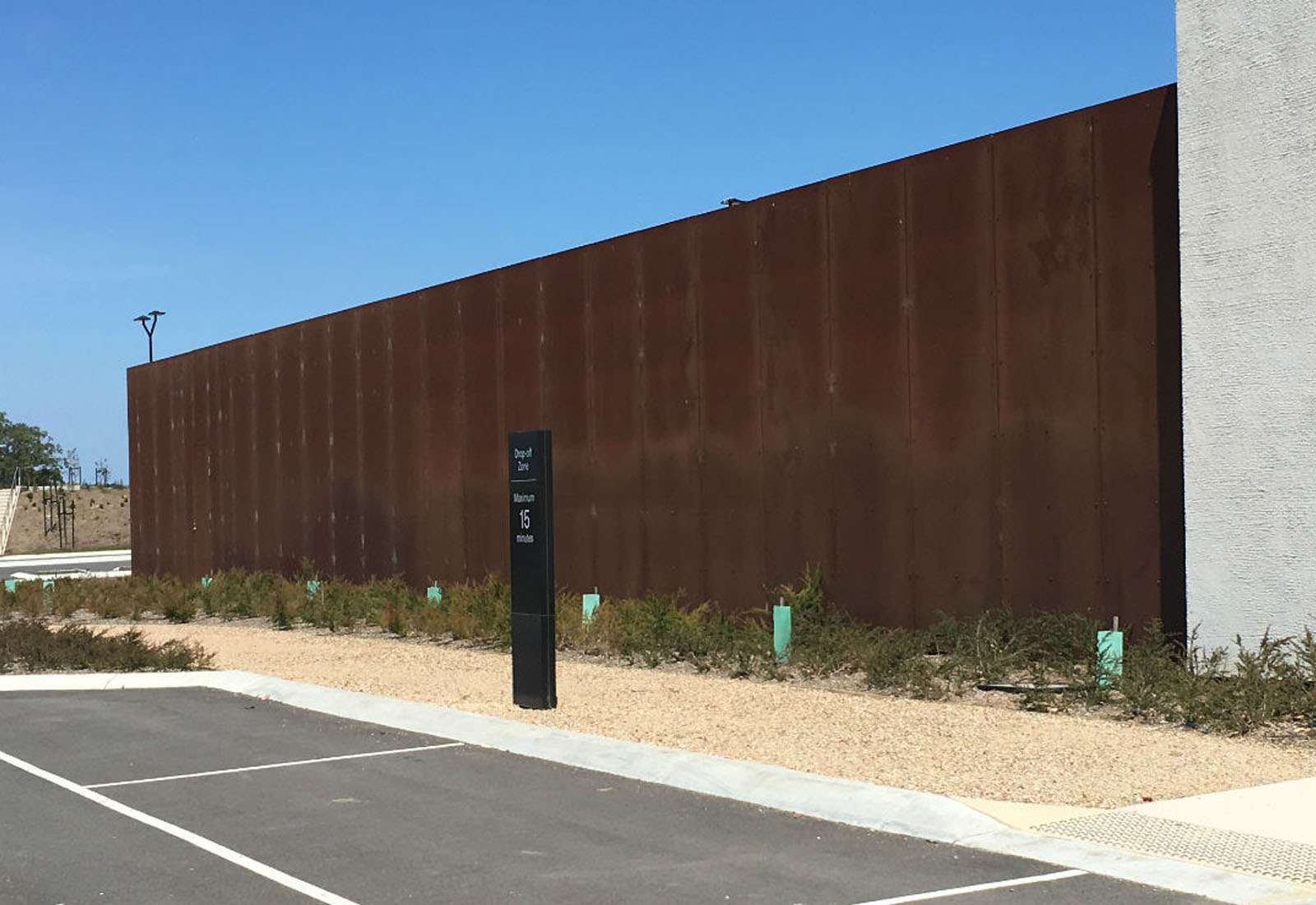 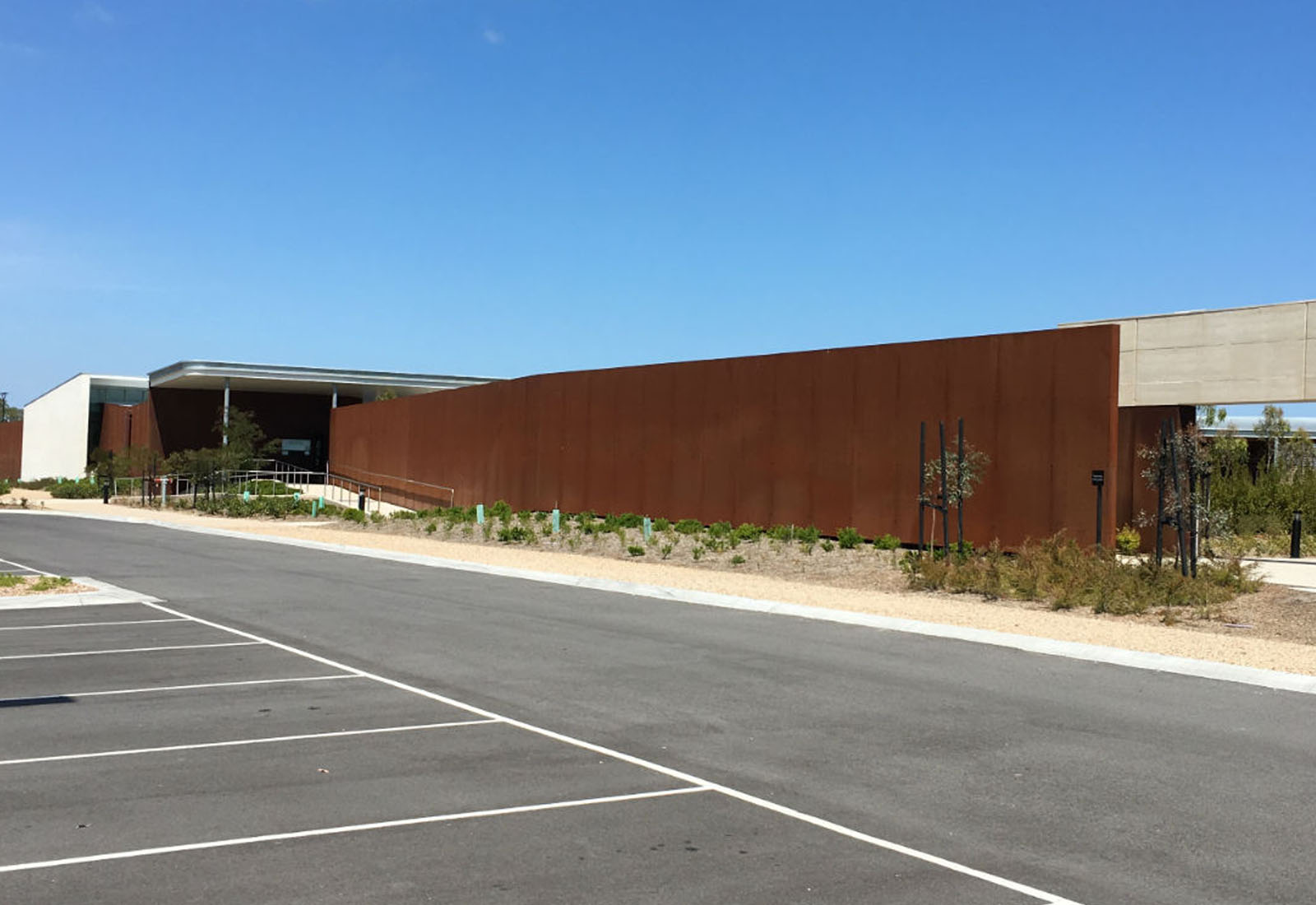 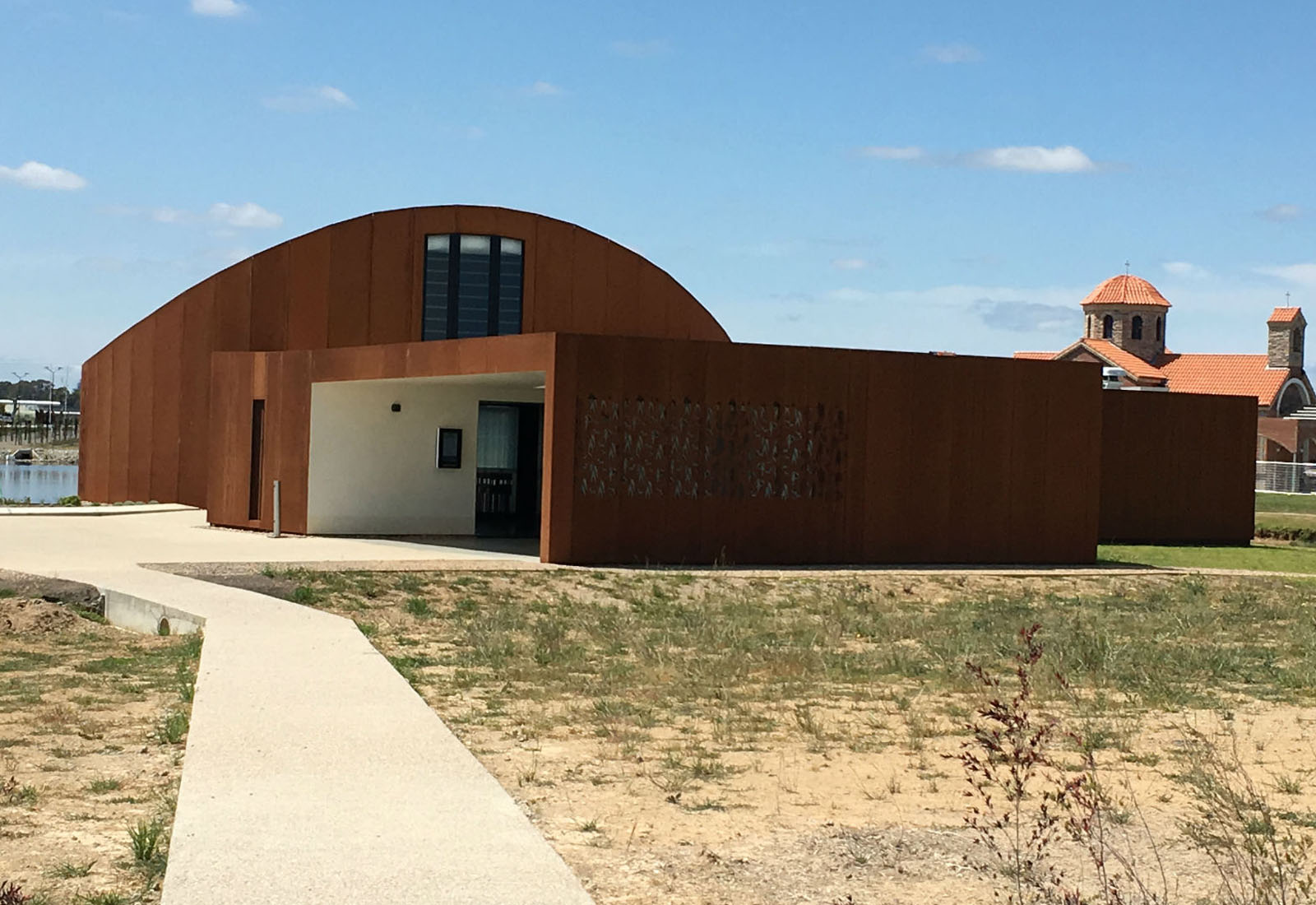 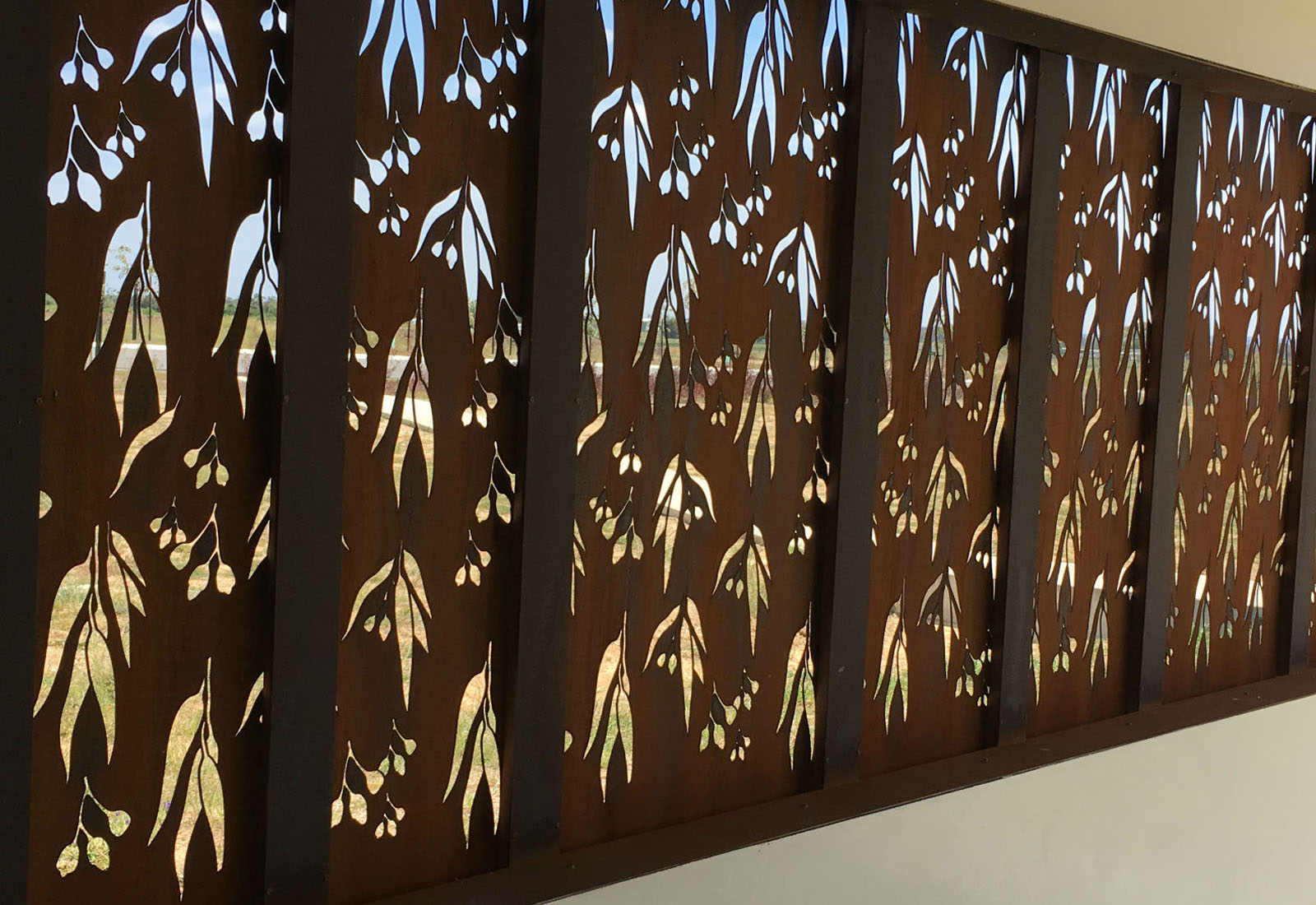 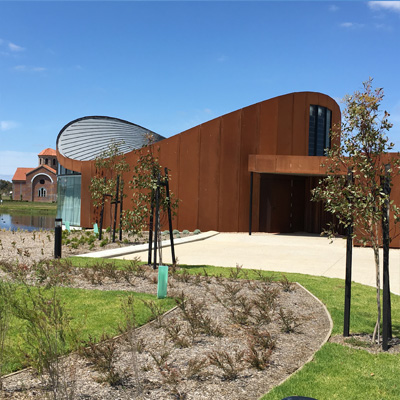 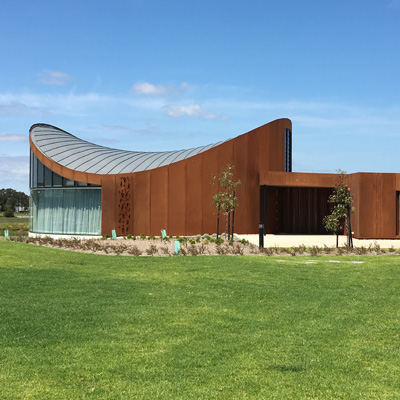 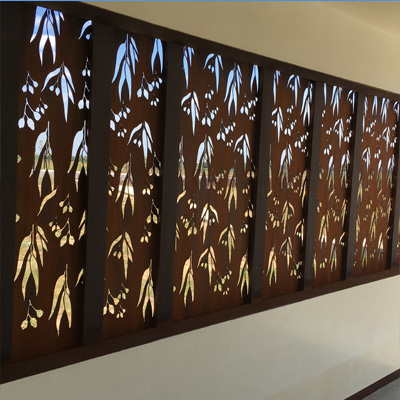 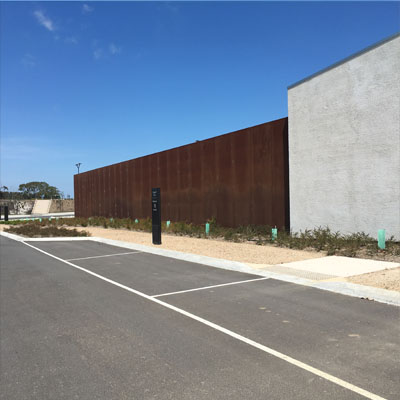 This project involved over 1100M² of 3mm weathing steel. Each Panel was individually measured, programmed and perforated. The project ran for a period of 6 months. All panels were delivered on time and within budget.

What is Weathering Steel?

Weathering steel is not like other corrosion resistant steels, such as austenitic stainless steel, that resist rust formation. Weathering steel will rust, however, it will only rust on the outer surface. The rust does not penetrate deeper into weathering steel once the outer layer of rust has formed. The surface layer of rust acts as a barrier and actually protects the steel from further corrosion. In plain carbon steel, the rust layer that forms is porous and will break off which allows another layer to form deeper into the steel. This cycle repeats until the steel is rendered useless. In weathering steel, the alloying elements cause the initial rust layer that forms to adhere much better to the steel, preventing the rust from penetrating deeper and weakening the steel. This protective rust layer eliminates the need to coat weathering steel.